Please test the BETA for version 22.09

I know you are primarily interested in major bugs, but this one may moderately interest you.

In my video below for example, with Fisheye set to Add and Lens set to Equiarea, the effect reaches it’s maximum intensity at 0.856, then the effect intensity goes back to nothing as you continue to 1.000.

I noticed that the behavior of the bug varies depending on the Fisheye and/or the Lens parameters, but it all seems to start happening at 0.856

By the way, I have to say…
After my first quick look at the list of changes, fixes and new features I was like: “Ok, nice, but not super exciting.”

But now that I took a bit of time to review them in more detail, I’m impressed. Lots of new cool features and improvements. I can only imagine the huge amount of work required.

Big thanks to all the developers and contributors for your time and dedication.

I would like to give @TRA a shout out for kicking butt this cycle with the amount of fixes he contributed.

It’d be better to include the fixes I made in the list of fixes, changes, and additions for this beta, so that forum members can know about them and test them if they choose to do so. It’s not like those fixes are regression free and need no testing.

I’m experiencing a crash that doesn’t happen in 22.06.23 and prior versions.
This is pretty complicated. Basic summery is that Shotcut can’t process a transition that contain a Size, Position, and Rotate keyframe if it’s a newly loaded file and the in point has gone past 00:00:00:00.

It’d be better to include the fixes I made in the list of fixes, changes, and additions for this bet

There is a link at the bottom to the full change log.

I really liked the changes in the video transitions section.

The font of some elements of the hamburger menus is weird
Mac OSX 10.14.6 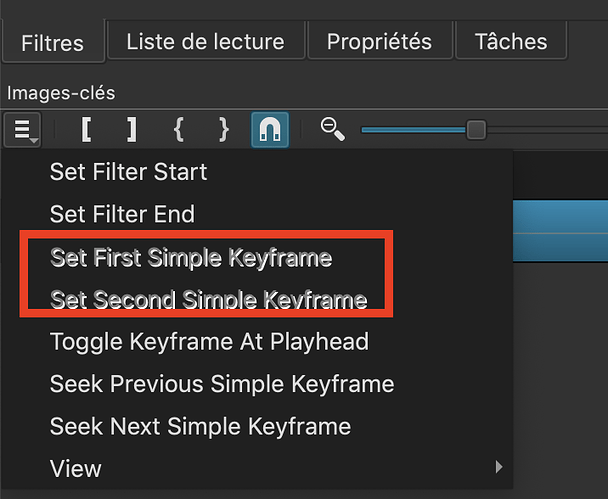 The font of some elements of the hamburger menus is weird

That weird font means that the entry is disabled. A menu entry might be disabled if it is not available in the current context. For example, maybe the filter does not support simple keyframes.

I understand, but in the previous version the disabled menu items were grayed out, which for me is more understandable and above all much more beautiful. 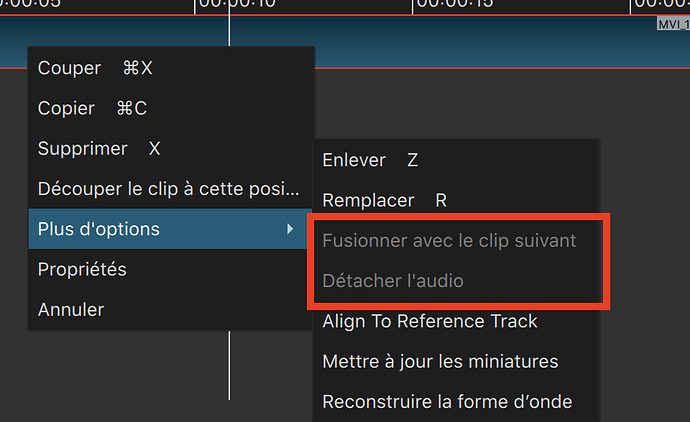 I understand, but in the previous version the disabled menu items were grayed out, which for me is more understandable and above all much more beautiful.

That is a good observation. I have fixed this for the release.

@brian, would it be possible to add entries in the custom shortcut dialog for “copy filters” and “paste filters”? It would be very useful to be able to set up a keyboard shortcut for each of these especially when I am copying and pasting filters to multiple clips in a project.
At present there are only 2 entries for “filters” - add and remove.

Is the gopro2gpx a custom build specifically for shotcut? I’m using the new Export GPX from the properties hamburger menu and the output .gpx is invalid as the time field is truncated to the milliesconds part I believe: 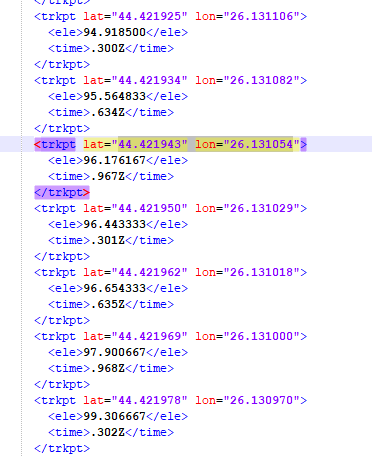 I’ve tested with python from https://github.com/juanmcasillas/gopro2gpx and that script seems to write the time correctly (it’s not the same point in my screenshots, there’s different precisions so couldn’t quickly find a direct point to point comparison): 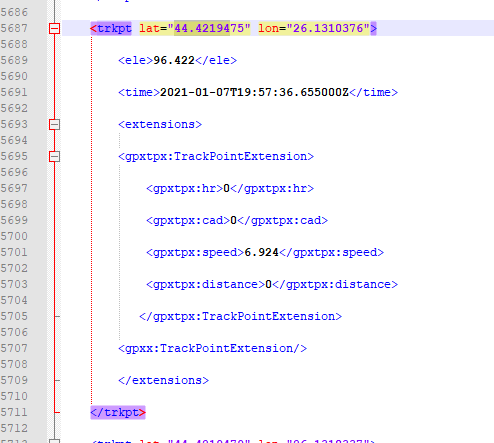 I can’t provide a full .mp4 sample right now (the only files with GPS enabled are multi GB in size) but I’ll try to make some quick/short samples in the evening or tomorrow.

@brian, would it be possible to add entries in the custom shortcut dialog for “copy filters” and “paste filters”? I

I have an interesting use-case:
I have a whole track full of subtitles (individual text clips). Say 50 clips. I want to add a fade-in and fade-out to all the clips in one go.
I open a transparent clip and apply a fade-in and a fade-out.
I select it and copy the filters.

What I plan now to do is to set up an AHK script which does , in a loop if required…

Paste filters,
then
Select next clip…
(repeat)…
Pretty simple but it automates what would be a very tedious task.
A stop-gap until a “paste filters to all clips” feature is added to SC.
Thanks again @brian.

Is the gopro2gpx a custom build specifically for shotcut?

Yes, we build it but do not revise it. I am not going to integrate the python script because it requires a python interpreter (we only include libs currently) and it requires a separate gpmf binary extraction step. We can fork it though to make a bug fix.

I opened this thread before in order to bring up the lack of Alpha Operations that would make masking something like text on a transparent clip easy and intuitive:

I was trying to do a text reveal effect with Mask: Draw that I saw here in a tutorial for Kdenlive. In that tutorial, he uses a text clip and applies the masking effect to it while the footage is on the layer underneath. I tried to add the Mask: Draw filter to a transparent clip with Text: Simple like it was done in that tutorial in Shotcut but it didn’t work. Unless I missed something, the only way I got it to work is to make several sections of clips and copies of them. Here is how it looks …

It’s a shame that the decision was made to close the thread after I simply asked if softness/feathering could be added because there was an observation I made not long after which I wanted to post about there but I will now post here. If you apply Mask: Draw (Glaxnimate) on transparent clip, then you cannot use Blur with with the Alpha Channel: Adjust filter because instead of blurring the edges it will blur the entire image. Demo.

So while it’s good that the Alpha Operations were added to Mask: Draw (Glaxnimate), it not having any kind of way to blur or soften the edges essentially makes the addition of the Alpha Operations a wash since you would have to do the long workaround of copying the clip twice like I demonstrated in my thread above in order to do any kind of blur/softness/feathering on a transparent clip. Feathering/softness/blurring edges in masking is a staple function because it allows the user to not have to be so precise with the masking.

Anything not included is out-of-scope, and you are breaking the posted rules for the beta. You re-raising this here pisses me off. Do not reply about this here.

can the " : " not be made a factor that would affect a search in a whole?

No, that would ruin performance, and people need to be able to search exactly the way it appears.

Shouldn’t Settings also include a listing for the actions listed in the Keyframe panel menu?

The “Cancel” option is missing in the new menus for Timeline, the Keyframe panel and the context menu Clips in the Timeline.

That is intentional as they are no longer needed. They were only added as a workaround for a problem that no longer exists.

Selecting tracks in the Timeline by pressing up and down is not working when in the Source tab or when you switch out of Source and into Project by pressing P.

This is intentional. There is less intrusive, global context for some shortcuts especially something as fundamental as cursor key.

And I don’t know what this is about: Demo. It never happened before.

That status message is concealed while resizing the timeline panel by dragging its panel divider. I did not reproduce this on Linux or macOS. It might depend on the OpenGL implementation. In any case, it is a low priority, temporary cosmetic issue as a result of more important changes.

This is intentional. There is less intrusive, global context for some shortcuts especially something as fundamental as cursor key.

I don’t really understand what you mean. When I am on the Source tab, pressing up and down won’t change the selection of the tracks on the Timeline like before. Okay. That’s an understandable change. But if I switch from Source to Project with P, why do I still have to actually click with the mouse inside the Timeline to select the tracks with up and down? I’ve already switched to the Project tab so why the extra step? Is there a function with up and down after pressing P to switch to the Project tab but without yet clicking with the mouse inside the Timeline that I’m missing?