Shotcut is not responding while loading any video.
I have reinstalled Shotcut several times, it works fine the first time, but not when used a second time. Shotcut crashes and then starts consuming memory rapidly.
With previous windows 10 it works perfectly.
I ran compatibility tests and the results indicated that Shotcut was incompatible.
I use this app all the time to prepare small clips for my classes.
I need tips.
Thank you.
shotcut-log.txt (71.5 KB)

Try changing your Display Method in the Settings Menu, say to DirectX (ANGLE) and see if that works.

Hello. I have used all display methods. It does not work. 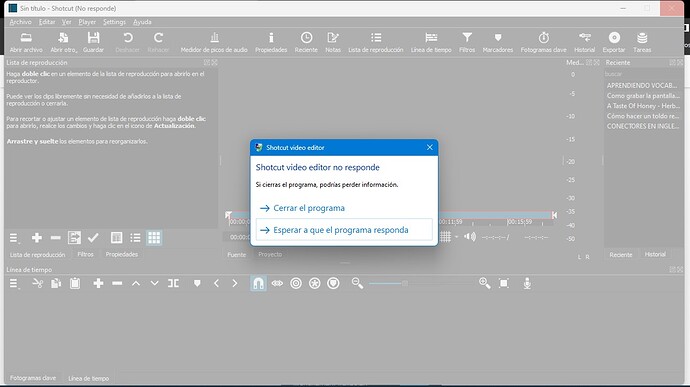 Sorry, this version works without any issues on my Windows 11 system, so I don’t know what else to suggest.

Thank you for your concern. It seems to be a very difficult topic to resolve. I have searched a lot for information on the internet and no answers can be found.
I don’t know if the developers of the program have said anything, however, I see zero concern from those of us who ask about this.
Shotcut is an excellent program and I use it quite successfully in preparing my themes. I’m sorry I can’t do it now on my PC with more capacity. Luckily I have another one with Windows 10, but it is very slow.
I repeat thank you for your effort.
Greetings.

There were some momory leaks fixed in the latest version, but it appears you are already running that version. see here:

Hey! Guess what? At first test Shotcut version 22.12 seems to fix my memory leak problem under Windows 11! I see that the update notes for it and last month’s version 22.11 mention some memory leaks, so hopefully that was it! I ran the small “Colours.mp4” test video file through a re-rendering with a slightly different frame rate with no problems - unlike what I’d been seeing using version 22.10.25 (where it got into a loop consuming memory hand over fist). I’ll try to do some more extensive…

It might be worth reverting to the 22.10.25 version and see if that works for you. 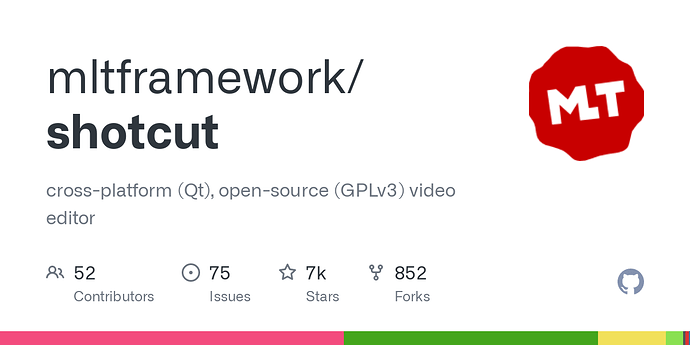 Thanks for your reply - happy holidays!

My problems running Shotcut started with version 22.10.25 - which came out the same time my Windows 10 machine decided to upgrade itself to Windows 11 Pro. (That happened when I got a cheap TPM daughter board and plugged it into my old motherboard - but that’s another story).

Although version 22.12 was able to process one of the small test input files (that had previously made Shotcut go nuts consuming memory) o.k., it wasn’t successful at importing a longer (90 minute, 1080x1920) video file - apparently going into a memory consumption loop a few minutes after trying to import the file. So even though they found and fixed some memory leaks, it doesn’t solve this problem for me. Still unknown is why and what Windows 11 may be doing to cause this. Note from the discussions above, nothing really wrong with my hardware configuration - every other video editor I run the same inputs through handles them just fine - and everything else I run on the machine works perfectly, as expected.

I’ve tried going back to several older versions of Shotcut too, but with Windows 11 all of them had the same memory consumption issue that version 22.10.25 and now 22.12 had.

So I’ll hope that they can find some more memory leaks in Shotcut in the future and fix them, since something weird is still going on with these simple file imports to send it into a tail spin on my machine.

Hello. That is exactly what happens to me too. I hope this situation can be resolved.
Greetings.

When you say you have reinstalled several times, have you followed this process to the letter (including registry cleaning and manual folder search and removal)?

Just wanted to share how I resolved a consistent Export failure with exit code 1073741819. After upgrading from Release 20.10.31 to Release 21.12.24, I got the error with every export. Even with the simplest video and with any of the Export presets I tried, trying various output formats (codecs in the h264_x or libx264 realm), always got the error. Fixed it with a clean re-install of Shotcut: Un-installed the old one (using Windows Settings, Apps) Deleted EVERYTHING from the Shotcut appdata f…

If not then that is the first thing to try. Also, do you by chance use grammarly?

Hello. I used Windows uninstaller, ran CCleaner to clean the registry. I don’t know any other method, because I’m not a computer technician. There are probably other methods, but that’s what I’ve done.
I don’t speak English well, I use Google Translate to formulate my queries.

Shotcut has also been working well for me on Windows 11. 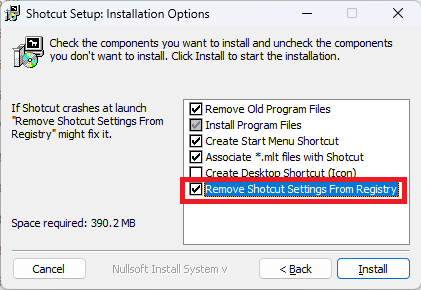 Thanks for taking an interest in my case. When installing the application if I check the option to delete the registry settings.
I don’t use Grammarly.
Before posting to the forum, I read the answers I found and took the suggested actions. However, since I couldn’t fix the problem, I made the query in case there was something else. I have not solved the problem.

Well it looks like you’ve taken the generally accepted correct course of action, so good work! I would however encourage you to try uninstalling once more while making sure to manually remove the folders in my link above before doing the reinstall (that folder removal is significant and has helped solve more than one issue).

CCleaner used to be a fantastic piece of software, but imo ever since Avast bought them out things have taken a turn for the worse, and I personally remove it from every windows machine I work on. As an FYI: 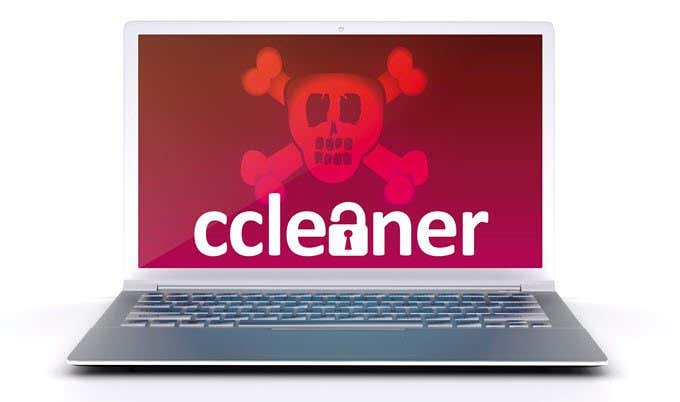 Often, when you talk to any computer-savvy technician (or family member) about how to protect your computer from viruses or malware, they’ll tell you that you should install a collection [...] 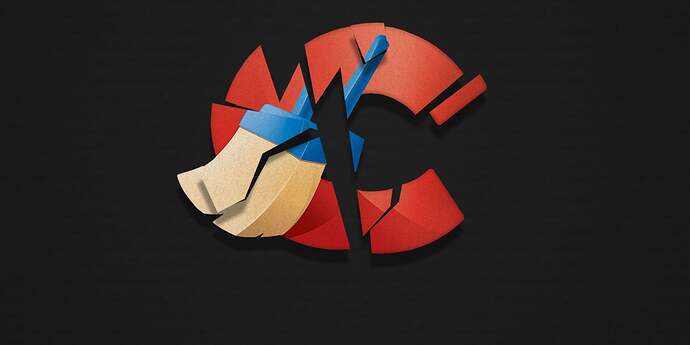 Here’s What You Should Use Instead of CCleaner

CCleaner just became worse. The popular system-cleaning tool now always runs in the background, nagging you and reporting anonymous data back to the company’s servers. We don’t recommend you upgrade to CCleaner 5.45. Here’s what you should use...

In RE to 22.12.21: Hello. Love the App!!! Having a general app issue with t…he latest version where once I open a project the memory utilization begins to climb to a point where the app is soon unusable and unstable. It doesn't crash, but just clicking on something takes minutes. Rolled back to the previous version and not having the issue. Windows 11 OS: Version 10.0.22623 Build 22623 SurfaceBook Pro 2 16gb RAM

Do we just wait?

Do we just wait?

The problem is that the developers do not experience this issue. So we can not fix it. The best thing we can do is try to provide simple instructions on how to reproduce the issue.

I don’t use Grammarly.

Did you check in the computer settings to make sure it is not installed?

Thanks for taking an interest in my case. When installing the application if I check the option to delete the registry settings.

On very rare occasions, as in the one I linked, this is not enough and you need to manually remove folders. So I will ask again - have you uninstalled and reinstalled following this exact process, including manual folder deletion?

Just wanted to share how I resolved a consistent Export failure with exit code 1073741819. After upgrading from Release 20.10.31 to Release 21.12.24, I got the error with every export. Even with the simplest video and with any of the Export presets I tried, trying various output formats (codecs in the h264_x or libx264 realm), always got the error. Fixed it with a clean re-install of Shotcut: Un-installed the old one (using Windows Settings, Apps) Deleted EVERYTHING from the Shotcut appdata f…

If not, then you please do that first since it is relatively quick and easy.