There are 2 elements to this:

Here’s a little tutorial showing how I did it…

This begins life as an HTML file.

Try it - double click on it and you’ll see this: 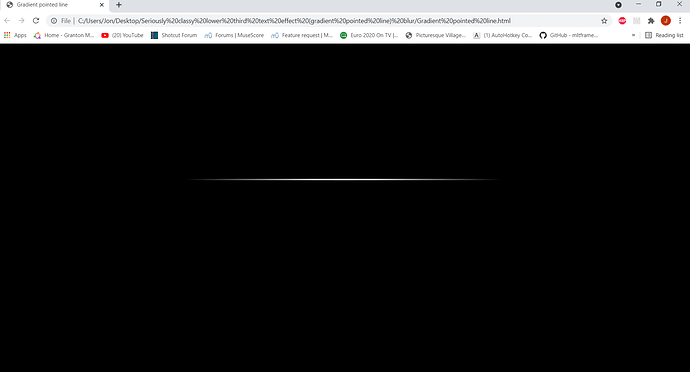 Then I took a screenshot of it using the Snipping Tool, imported into SC, cropped out the edges and exported as a frame, to get this totally black and white image: 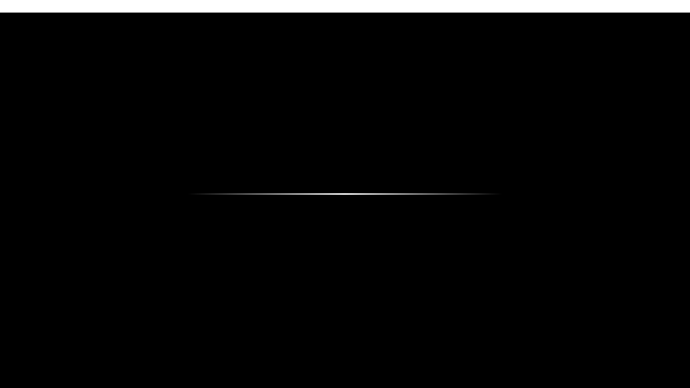 Then imported back into SC, applied keyframes to get an expanding line … then exported as a black/white resource video: Then I opened a new SC project. The final project looks like this: 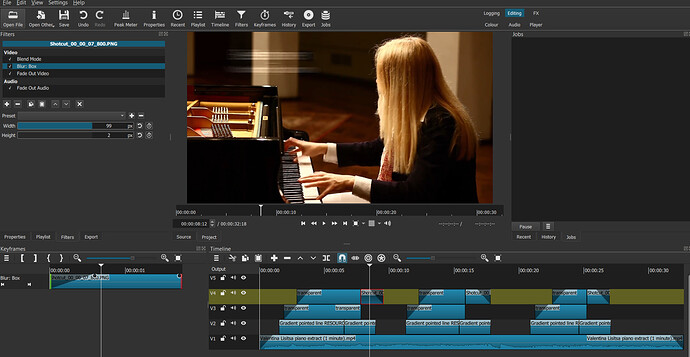 On V1: the base video,
V2: The gradient pointed line MP4 with “Blend Mode:Add”. I’ve cut out a portion of the static middle section to make the duration slightly shorter.
V3: Top line of text.
V4: Lower line of text …

… then: I exported a frame of just the two lines of text, with a black background (achieved by temporarily hiding tracks V1 and V2): 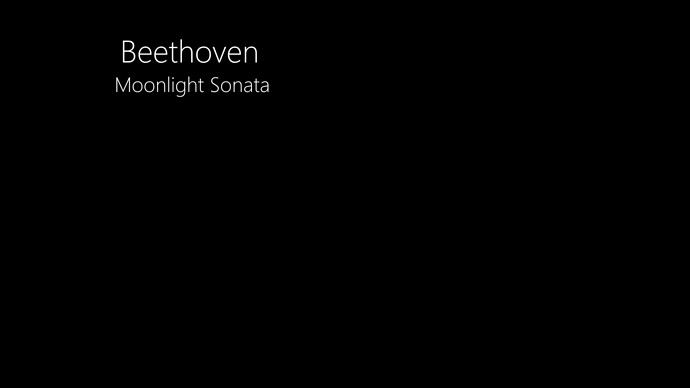 Then re-imported the exported frame onto V4 and applied:

Seriously classy is a very well chosen name. I love it. Can’t wait to try it.
In fact, I’m going to try it right now That’s surprisingly easy to do. However, I feel the timing of the fades and blurs doesn’t look exactly like yours. Still need to work on it

That looks fine to me @MusicalBox ! Good work!

Works better with classical music though

Another way to create the line … and the width can be key-framed directly from the filter: 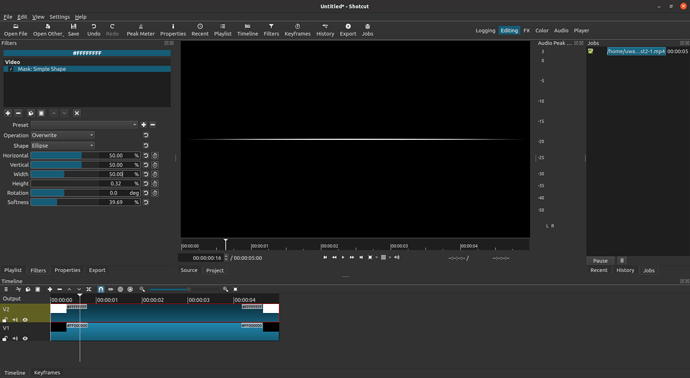 Brilliant! Makes it even easier to use Hi @jonray
Did you keyframe the Height as well ? Try turning it from your value to zero at the very last keyframe.

For example: for the entire duration, Height parameter at 0.27% then at the second to last frame, add a keyframe (still at 0.27) and at the last frame, another keyframe at 0%

EDIT: I had the same problem before… And I kind off remembere I used the solution above, but I’m not 100% sure.
If it doesn’t work, I guess you’ll have to cut your pointed line clip just after the last keyframe.

Did you keyframe the Height as well? Try turning it from your value to zero at the very last keyframe.

No, it was set at zero throughout.

Interestingly, the last keyframe wasn’t at the end of the clip: 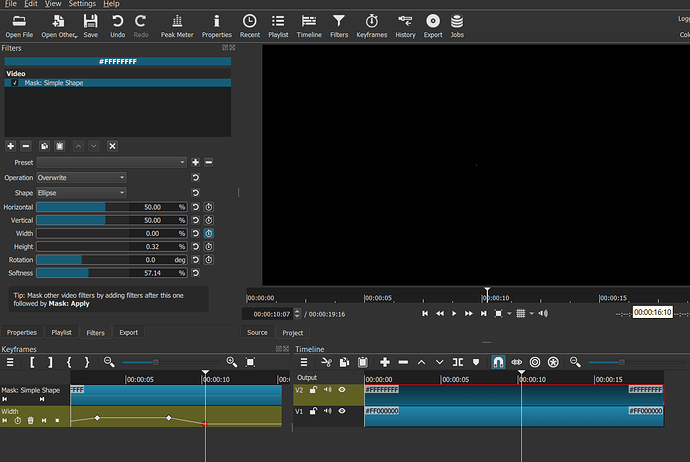 Of course, when I trimmed the clip at the last keyframe, the dot disappeared. (However, that was not what I ideally wanted - I wanted some black video at the end. Yes, I could have just trimmed V2 and left V1 as it was). 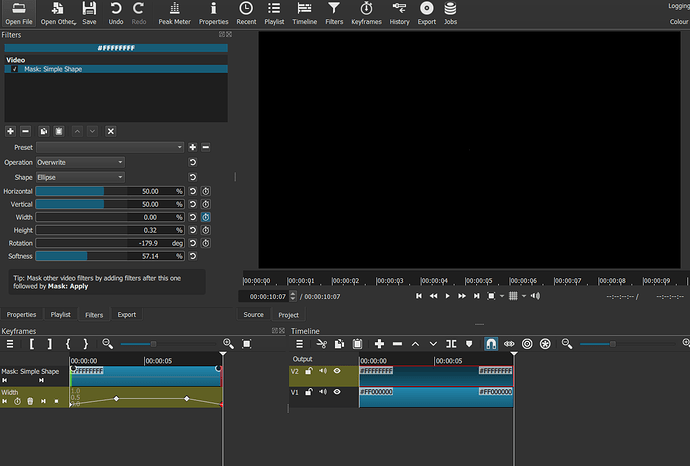 @jonray, I’m not seeing the white dot in the video above - ??

No, it was set at zero throughout.

If the height was at zero throughout the clip, you wouldn’t see the line.
On your capture it’s set at 0.32%.
And your white dot looks more like a white vertical line to me 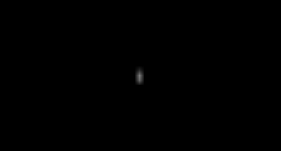 Looking at it, I’d say it mesures about 0.32% of the height of your screen

If the height was at zero throughout the clip, you wouldn’t see the line.

OMG, I have no idea why I wrote that!! Of course, the line is set at 0.32%!! Senior moment!
(Sorry, I’ve been offline for a few days. My dog had a bad accident and had to have a major operation on her leg…)

Looking at it, I’d say it measures about 0.32% of the height of your screen

@jonray, I’m not seeing the white dot in the video above - ??

It’s there for me, but very small Right in the centre: 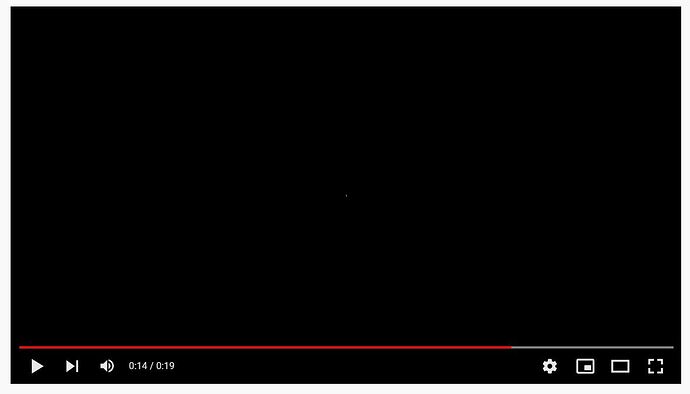 My dog had a bad accident

Oh no. I’m sorry to read that. I hope she recover quickly.

Oh no. I’m sorry to read that. I hope she recover quickly.

Thank you @MusicalBox . Unfortunately it’s quite serious - she’s had a metal plate and screws implanted, plus a bone graft. We call it her bionic leg …

3 months complete rest, no exercise… 6 months until it’s healed completely, provided nothing goes wrong. Not good. Also VERY expensive. She was chasing a squirrel and just slipped on the grass …

That’s sad. Especially when something like this happens to a pet. Or to a baby. In addition to the pain, they don’t understand what happens and that is scary for them.

I can imagine. My sister took her dog to the vet to remove a couple of bad teeth and get a few routine shots and I was shocked when she told they charged her more than 500$ for that.

Think of the number nine and add three noughts …

I am also sorry to hear that.
Good luck and take care of him

Sure is. Good job we have her insured, although it won’t cover the whole amount …

I am also sorry to hear that.
Good luck and take care of him