Is it DEFINITE? There is no way to change PORTRAIT TO LANDSCAPE?

Searching, watching videos, reading, talking, seems to be definitive - YOU CANNOT CONVERT VIDEO FILMED IN VERTICAL AND PLACE IT IN HORIZONTAL WITHOUT LOSS OF QUALITY OR FILM.

It depends on what you deem to be “loss of quality”.

Of course those additional pixels were not in your original vertical video and some pixels that were in the original, no longer exist, so do you regard this as a “loss of quality”.

During my research, with various programs and settings, I couldn’t find a way to keep the entire movie (frame) and all the quality, there is always loss or distortion

@WALDIR21, there are three general methods to convert vertical to horizontal, and all were brilliantly illustrated by @Hudson555x in a previous post to you:

Of those options, #2 and #3 can be configured to cause zero loss of quality. Technically, #2 would require a custom video mode that had 1920 height in that particular example. However, a video that’s 1920 tall would get shrunk to 1080 for playback on a FullHD screen anyway. So, for practical purposes, option #2 still counts as zero loss of quality even though the vertical resolution gets shrunk to 1080 with default FHD settings.

Option #1, the “crop and zoom”, might be called a loss of quality, but that’s only because the source video didn’t have enough pixels to fill the screen in the first place. This is a problem with the source camera, not a problem with Shotcut or post-production processes. A higher-resolution video from a better camera would have extra pixels that would enable zooming in without interpolation being needed.

Conclusion: every video should be taken in LANDSCAPE mode

I tell my little daughter every time and i hope she will learn it some day.
portrait converted to landscpape just looks stupid in 95% of all cases.
Another thing to learn for beginners: move the camera always SLOWLY

I think it was Brian who shred this link to an amusing video on " Vertical Video Syndrome" a year or so ago: 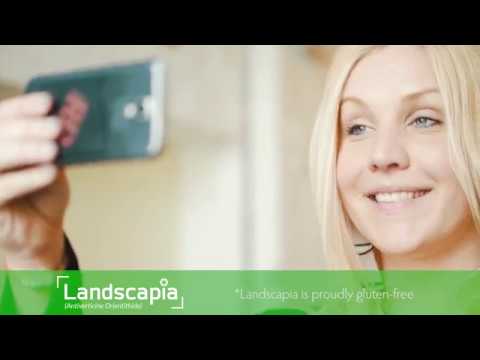 It’s true, the colleague gave important tips, WHICH WOULD ROTATE THE VIDEO, CUT, ENLARGE, etc. In all cases, there was loss or distortion. I admire your knowledge and I will test it with your tips, (I have several videos under editing, I won’t be able to do it today), but while I don’t see here on the forum, someone will post captures of a transformation of a video recorded vertically and transformed to horizontal , whatever the confirmation, DUVIDOOOOO.

Wow, thanks. I already have a lot of difficulty translating TEXTS in English and you put VIDEO in English for me, cool you huh!!!

WHICH WOULD ROTATE THE VIDEO, CUT, ENLARGE, etc. In all cases, there was loss or distortion

I may not be understanding what you’re trying to do then.

If video is rotated from 1080x1920 into 1920x1080, there is no loss of quality. There is no resizing involved and no pixels are lost or added. It’s strictly rotation. The video may not be facing the correct direction anymore, but there is zero loss of quality because there is no interpolation (resizing).

Similarly, making a square 1920x1920 video mode and importing a 1080x1920 video into it has no loss of quality, because the square output is large enough to hold the entire source. By default, there would be black bars on the left and right of the square output to fill the extra space. Adding a Blur: Pad filter is a common way to fill the black bars with something more interesting. However, the 1080x1920 video in the center is bit-exact to the original video, which means zero loss.

The only method that causes loss is cut/crop/zoom/enlarge (it goes by many names). If the source video had enough pixels, even this method would not produce loss. As in, if the source was 1080x1920 but the output was only 1080x608, then it would be possible to crop just the top and bottom of the source video without cropping the sides at all, meaning no shrinking or enlarging is happening (just the center pixels are copied verbatim to the output), and the output would have zero quality loss or resizing artefacts. That’s what I meant earlier about needing a larger source video. A 4K vertical source video would be able to crop down to landscape 1080p output without loss, because there would be enough pixels from 4K to fill the width at 1080p.

But the basic problem I see here is that if the source video is 1080 pixels wide but the final output is 1920 pixels wide, there is physically not enough information in the source video to fill the output. This is not Shotcut’s fault. Likewise, since the aspect ratios are vastly different, a tall video will show portions of the scene that a horizontal video would not be able to capture, and vice versa. That’s just the nature of mixing resolutions and aspect ratios.

All that to say… landscape and portrait are wildly different formats, so a loss of some kind should be expected. I don’t understand the circumstances under which you feel that portrait should be able to turn into landscape without loss. This is what I may be misunderstanding.

Are you perhaps wanting Shotcut to output a vertical video rather than a horizontal video? Shotcut does have built-in video modes for vertical resolutions. Simply select one of those or create a custom vertical mode if you’re actually wanting vertical output, and then there will truly be no loss from your vertical sources to final vertical output.

The forum does joke a lot about vertical video simply because of the headaches it often produces, but it is not meant to target you of course. There are valid cases for vertical video, like mobile e-commerce particularly for clothes and fashion, because nobody using the Amazon app is going to turn their phone sideways every time they want to watch the runway video of a different dress. Likewise, if somebody is making content specifically for Instagram or Pinterest, they have to consider vertical video because nobody with an attention span that short is going to rotate their phone just to watch a 10-second horizontal video. We do have to play to our audience expectations and their viewing environment, and sometimes a mobile-first audience does make a compelling case for vertical video. All that to say, nobody is trying to make fun of you. We have all been in a place of wanting to make a montage of family memories but there was that One Guy who sent in a video that was vertical, and it complicated the entire Shotcut project.

Adding a Blur: Pad filter is a common way to fill the black bars with something more interesting.

I think this new feature will do more to cut down the number of queries on the forum about transforming portrait videos to landscape than any other feature. It certainly makes it a lot easier than using multiple filters, as was the case prior to this. 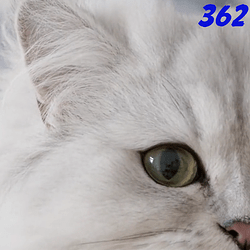 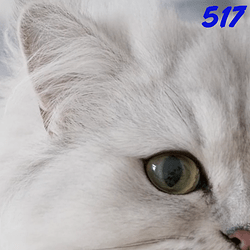 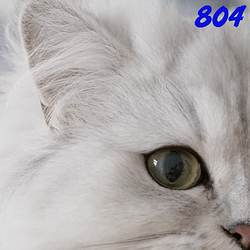 Which one is original?

When doing a crop on an image such that it will be enlarged to fill the screen, the enlargement can be made sharper by using Lanczos interpolation mode on the Export panel instead of bicubic, as well as adding a light Sharpen filter if needed (usually not needed for Lanczos). It can be very difficult to tell the original from the resized version, like this test shows.

But I’m going to guess that 804 is original, 517 is lossless export, and 362 is default export. This is a close test, and had the cat been moving and creating motion blur, there would be very few clues at all.

Your guesses are all correct.

Interpolation was sent to Bilinear

Friend (can I call him that?). The tip that was given to me, it has the image of a tractor, it applies the filter and the video is horizontal occupying the entire editing screen, it looks beautiful, BUT ON THE SIDE, now rotate the video 90º and see how it looks? Zoom in - distorts; crop- cuts a piece, predefine the dimensions distorts. I’ll do all the tips again, because I’m here to learn Ha, as for the “sarro”, it’s part of every grouping, I don’t care and it makes the environment lighter, lol.

Filling with the PAD effect does not solve the issue, the video remains vertical.