PC Hardware: the good and the bad

i am new to video editing, but i got a GX80 with 4K and i want to change my laptop to desktop for smoothier editing. My Laptop is actually Thinkpad T420s with i7-2640M, 16GB RAM, SSDs and only hybrid onboard graphics: Intel HD3000 / Nvidia NVS4200M Optimus.

I prefer Windows 10 because of some other software, otherwise linux is my way to go.

But what graphic cards are needed for 4K? System Requirements says 4-core CPU, 16GB RAM, OpenGl 3.2 or DirectX11 - but which constellation? And tomorrow for Shortcut? Which way they will go?

Besides the mandatory SSD(s), i would like to get your setup in short, if you have a very smooth running Shotcut

Or, if it`s laggy, please give info about this bad constellation.

Is it better to have 64/32GB DDR3 or 32/16GB DDR4? Which CPU / RAM does work well? Should i prefer OpenGL or DirectX all in all? Better RAM than CPU? I just tried Videopad, which does not use any of my 16GB. Don`t know, why. Now i will try the famous Shotcut to get a cheap system with good and simple workflow

Thank you very much

I also have a GX85 (the USA version of your GX80). Unfortunately, Shotcut is unlikely to give you a smooth editing experience directly on those files in native 4K (plus filters and multiple tracks) no matter how much hardware you throw at it. Shotcut is not designed to do processing in GPU the way DaVinci Resolve is. You can have a smooth enough experience if you put your 4K clips on a 1080p timeline. Or you might have a smooth enough experience if you first transcode your 4K clips to an intermediate format like DNxHR or ProRes and then drop them on a 4K timeline. If anyone else has found a hardware setup that is smooth at multi-track 4K, I’d love to hear about it!

i would like to get your setup in short

This is pretty well covered in another recent post:

Which CPU and GPU to choose Help/How To

16 GB is sufficient for 4K work. I’m not sure Shotcut would even consume a full 64 GB. I would think 32 GB DDR4 would be your sweet spot so you can run other apps at the same time as Shotcut.

Should i prefer OpenGL or DirectX

Any modern video card will support both.

@D_S keeps up with hardware trends and may have specific CPU recommendations. Here is a discussion thread from a year ago, with an Intel E5-2667 v2 being a great candidate for Shotcut work (maybe not so much for video gaming):

Best New Computer for Video Editing under $3,000 USD Help/How To 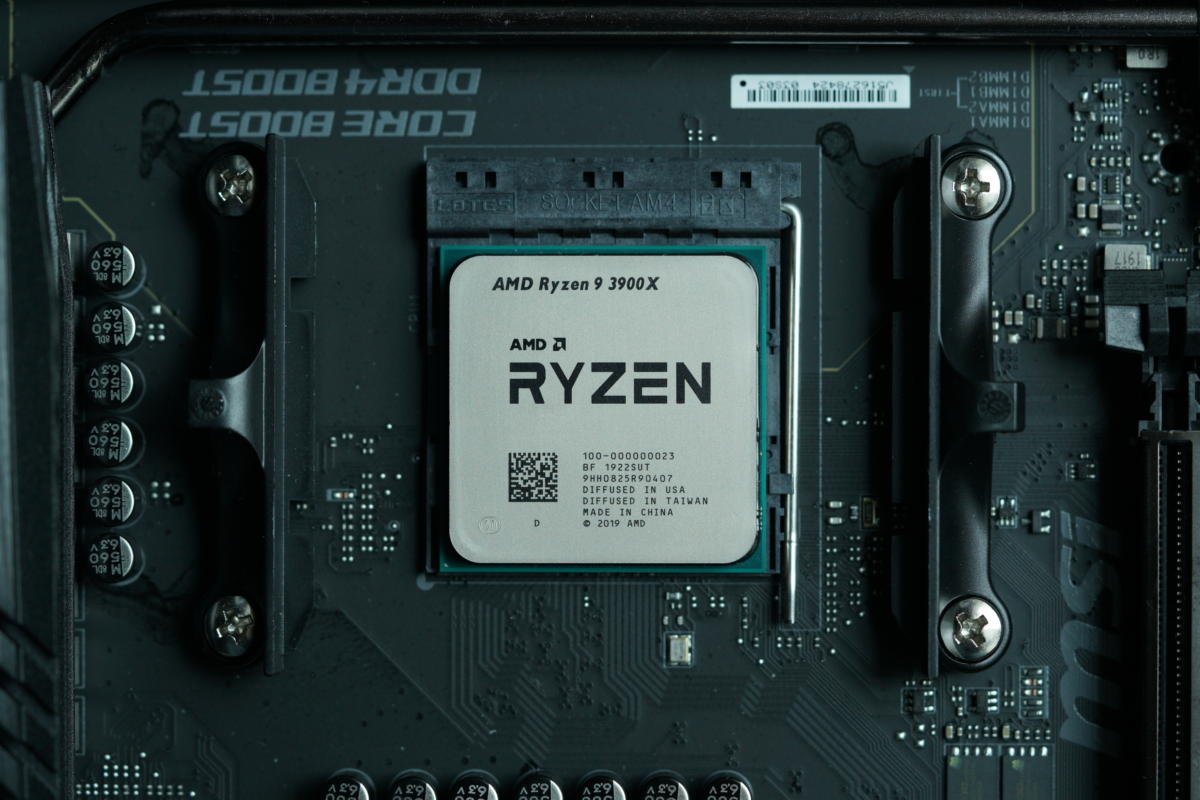 But have a look at the real consumption!
105W TDP is only for at normal usage for all cores. As far as the CPU uses its boost, the consumption is much<?> higher. <?> in that case, that I couldn’t find any data for the consumption including the boost. But to me, it is on the hand, that the CPU needs more.
I’m not pretty sure, but earlier the TDP was given in a max value, now it is meant “only” to the normal using, not including the boost, of course AFAIK.

Thanks for the shout out @Austin and the 2667 is still fantastic for games with it’s 4ghz turbo it’s some of it’s siblings(like the very popular 2670) that aren’t as hot only hitting 3.3ghz(still good but not ideal for say a competitive fps)

The most important things to decide before looking at any specifics are your software(shotcut is a given but what else are you using? I know audacity is a standard for me), budget(a 1000 dollar 4k machine is very different from a 3000 dollar one) and if you’re willing to use refurbished hardware to really push that budget to the limit.

Since you’re after a cheap system I’m going to err on the side of some refurbished hardware and refurbished hardware when possible which brings us right to that e5-2667 Austin mentioned, it’s actually what i’ve been eyeing for a while at about 150 on ebay they’re fantastic chips with a trick up their sleeve compared to current consumer chips, with the right motherboard you can simply drop in a second cpu and you’re at 16 cores with a 3.3 to 4ghz clock

On the motherboard side for chips like that there’s a few good options, you can opt for something like an off lease workstation that will include a psu and other accories(ram, hdd’s cpu’s and possibly a gpu depending on the particular example) or you can get a bare board from all the usual suspecs plus a few server market only vendors(like tyan or supermicro) 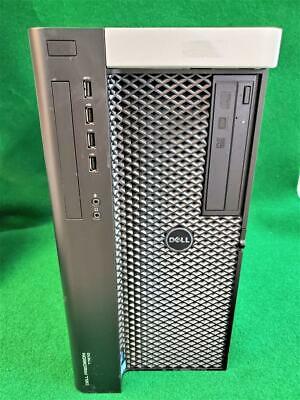 A system like that is a fantastic starting point since you can upgrade things as you need, sure 2609’s are slower than the 2667’s(and with half the cores) but they work out of the box and you can buy cpu’s next month, and then a gpu instead of all at once(although it would need a hdd)

Starting from scratch with a bare board lets you get features a workstation like that might not have though, I have a board like this one in one of my servers and love the fact that the pike(raid controller) doesn’t use one of the standard pcie slots 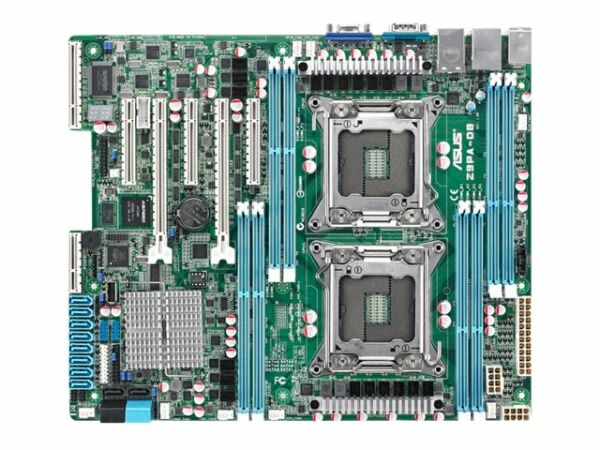 Find many great new & used options and get the best deals for ASUS Z9PA-D8, LGA 2011/Socket R, Intel Motherboard at the best online prices at eBay! Free shipping for many products!

or one like this offers more memory slots instead

a LGA2011 board for xeon’s like that is going to typically run between 100 and 200 dollars depending on features like built in controllers(single through quad port nic or even 10 gig, sometimes LSI raid controllers) and size(typically matx for some single socket rarities up through EATX for the biggest ones as well as some OEM only models)

one huge benefit to using refurbished hardware is memory is much cheaper, I have 192GB ECC DDR3 in my tower not because I need the full capacity(I rarely us more than 50gb) but with DDR3 ECC modules being so cheap any of the boards I showed you will blow right past typical consumer board limits(typically 64gb some 128gb) at a fraction of the cost.

Finally the gpu side, this is where you really don’t want to go “too old” anything older than a maxwell gpu(nvidia 9xx and quadro m series) is going to be less than ideal, the good news is you don’t need a huge gpu to do anything, most of shotcuts rendering is cpu based so I’d suggest a good pascal card(like a quadro P2000 or P4000) which can be found for 250 or 450 respectivly, these have the advantage over their consumer counterparts of better color output(10 bits per chanel in openGL mode) as well as better support for professional applications and lower thermal limts than their consumer counterparts(the 1060 and 1070 respectively) I currently use a P4000 as it was the most powerful card I could fit in a single slot actually.

@Austin thanks a lot. This is brilliant info. 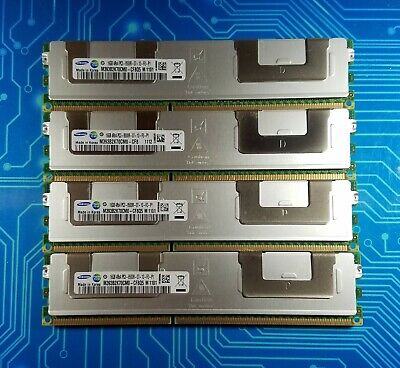 What did you end up going with @bentastic

But i am using some other software