I am immensely grateful for your help, really. I hope someday, not too far away … I will be able to pay you back.
Thank you very, very much
Anie

No, no, no, no, please don’t do that, it’s too much work. I am really grateful to you. Anie

I will still do it, because I am getting bored

of the holiday my boss gave me, because he’s on a holiday. There is nothing to do except watching the boring YouTube shorts with the unlimited internet from his wifi, data pack even doesn’t end making me feel extremely bored and bored and bo… And what else I have to do in these free 10 day’s?

I will still make the tutorial for other people who aren’t on the forum. And if possible, I will voiceover Spanish.

Where better to be than doing tutorials with Shotcut?

And what else I have to do in these free 10 day’s?

Perhaps you could finish your 900 downloads in progress.

Best software for writing a script

Yes, that’s perhaps the best thing to do now. Re-download downloaded files and spend time using his wifi, that’s the best way to pass my time.

Thanks for suggesting me the best way to spend time!
This might also prove the company provides unlimited data.

Hi @anie, you are not clumsy! Don’t worry, I would like to help you if I can!
Don’t forget that actually you don’t have to follow all of my tutorial to achieve this effect.

In short, you could:

I don’t understand which filter this is,Blend Mode Filter”
I think the translation to Spanish is not correct and that’s why I can’t find the filter you mention.

In the meantime, you can use the “Chroma Key:simple” filter instead.

One question: how to make that opacity, only, on the edge of the image? 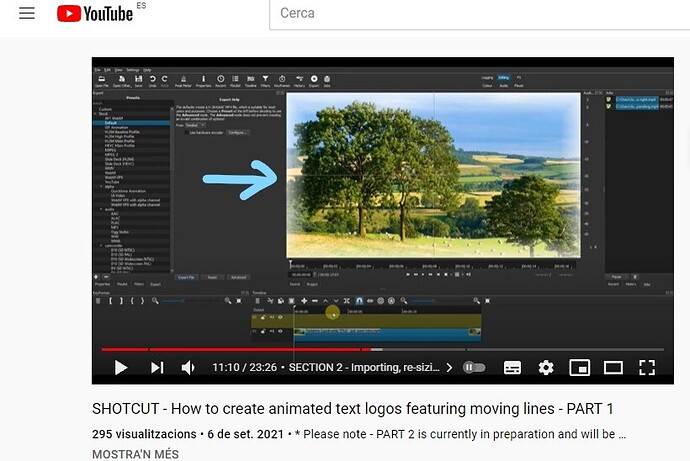 One question: how to make that opacity, only, on the edge of the image? 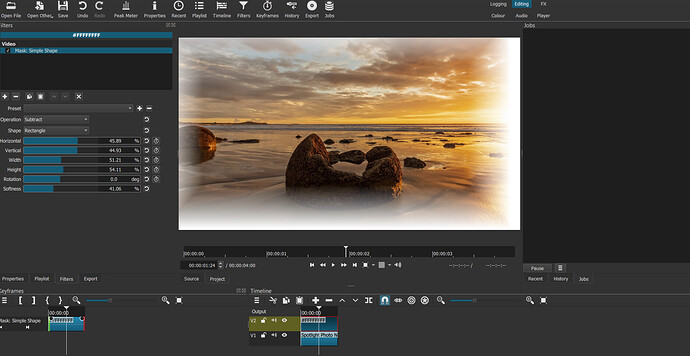 Thank you very much for your help. @jonray

Thanks you for your comments, @Viggo. As far as I know MP4 is one of the most lossless export options. I’ll look into your idea of GIF encoding.

I had missed this particular comment the last time I looked at this thread. Some thoughts from someone who knows enough to be dangerous, but is not truly an expert:

I’ll stop there, but the above is enough to suggest that is is really hard to make any sort of blanket statement about MP4 (or any other) being more or less lossy than another - there are too many variables at work, including what sorts of loss one is most worried about. Heck, even the term “lossy” is complicated. Even if there is no loss in digital data when moving from original to encoded to decoded, there is a certain loss that inevitably happens when analog is converted to digital; how much and what sort of loss will be related to the sample rate and data size. Once converted to digital, there are several stages at which one can make different choices that affect whether or how much digital data might be lost - how the pixel is encoded, how a single frame is encoded / compressed (spatial compression), how a sequence of frames is encoded (time compression).

All of which is to say that there is a good reason there is a recommendation not to muck around with the settings in the Advanced Export tab … not that I always observe that recommendation!

Let me say one more time that I am not an expert, and it is very likely that I have under- or over-stated some things above … or maybe just completely mis-stated them. I have done a good bit of digging into the subject, and I think I mostly, kinda, sorta understand it … at least when I am reading it … at least enough to recognize how much is going on “under the hood” of these files that we so easily and casually pass around. The fact that we can actually view one another’s videos is really pretty amazing! It is a fascinating topic …

I’m so busy lately that video editing is on the back burner for me. I hope to be back to normal soon to continue helping out as much as possible.

I totally agree with you.
Thank you for sharing @jonray

Great tutorial, sir. I will apply this to my new video. I have subscribed to your channel

Thank you so much!