It’s free and open source and I believe it will become the perfect companion for my Shotcut. I’ve only scratched the surface of it’s capabilities, but I believe that most of the 2D stuff that can be done with After Effect or Fusion can also be done with Natron. And to my surprise, so far it is surprisingly easy to use and to learn. Tonight, after watching a short tutorial I was able to create this simple text animation in about 30 minutes. 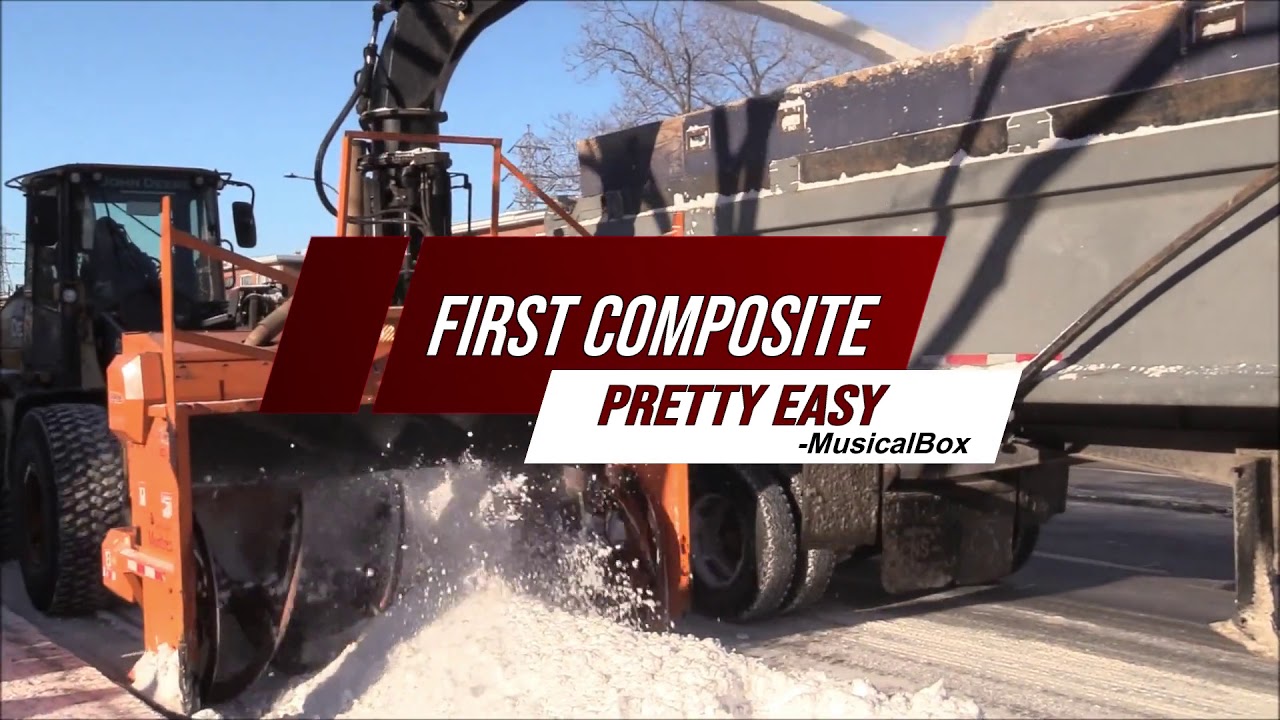 I chose to render the project as a sequence of 140 PNG images, and that took about 2 minutes. Pretty amazing. Those 140 images can then be imported in Shotcut, who combines them into a single video clip, thanks to the Image sequence tool in the Properties panel. That is super fast too. Another plus is that Natron runs relatively smoothly on my prehistoric computer.

P.S. I hope it’s OK to post this on the Forum. Natron is not a Shotcut plugin or add-on, but I really think it can be a very useful tool for any Shotcut user.

I attempted to learn Natron a few months ago, but couldn’t find an easy tutorial to follow. Have to comfortable with nodes. I’m sure if I joined their forum I would find the help needed.

I definitely tried a few months ago to learn something about this Natron, however, with so many projects open at once I had to give up.
I didn’t understand much but what I saw seemed quite stimulating.
Now with my left hand problem that prevents me from playing guitar and bass (hopefully temporarily), I can have time for other things.

Thanks for sharing, sounds interesting.
What did you actually do in Natron for this little clip?
Is it just the text animation, or the slowmo of the video clip or something else?
I am not really getting the point here, sorry.

That looks very interesting @MusicalBox ! I will definitely look into it and thanks so much for the demo video and for the link to the TJ FREE channel. Like a few others on here, I had the impression that Natron was quite complicated to learn and this has given me the renewed inertia to try it out. Thank You!!

Thanks for the tip! What would you say are the best use-case for this software other than text effects?

On the Natron site Natron further down there is an interesting Natron trailer that features all the most important stuff. Looks promising. The node system is present in many actual efx and 3d animations software, also used in modern shaders and texturing tools. Have to look into it

thanks for the comment and the enthusiasm. I hope you try it and get as excited as I am

Motion tracking is huuuuuge! I definitely will download! Thank you!

@ejmillan I didn’t know you were injured. Hope you get well soon. And thanks for the comment.

It is a degenerative problem (osteoarthritis) in the index finger joint. So I will stay away from my instruments for a few days until the doctor who is treating me advises me a therapy.
It’s not that I’m a musician, but it’s my main hobby (especially the electric bass) and I wouldn’t like to give it up.
Thanks for the good wishes.

I have downloaded Natron and I am working through the tutorials on YouTube.
It looks like it could be useful for things like spinning logos etc.

Reading through the Natron online manual, it spotted that it refers to using shotcut, so is a friend.

The node editing system is used in a number of other editors including DaVinci Resolve, Olive and Lightworks.

(I was using Lightworks before I found Shotcut and nodes were used behind the scenes though you didn’t need to use them except when they occasionally disconnected themselves).

Osteoarthritis isn’t nice. I have it in a knee and have to be careful with it.

Please use a better subject line for things that will be posted in this category. People should be able to understand the subject from the subject line. I changed it for you. I may need to reject other software posted here since we must do so to prevent spam. I have not decided to reject this yet but just to let everyone know: it is questionable and not always clear where to draw a line.

I dont understand. Isn’t that a helpful add-on, not a competitor?
What’s the problem?

I think it may be more appropriate to have a link to Natron from the Resources page rather than having people posting links to their favourite programs in the forum.

The Natron help explains how to convert frames to clips/clips to frames in Shotcut, which implies they see it as complimentary rather that competing.

I followed a tutorial which showed how it can be used to generate a type writer text effect.
Something people ask for a lot.

I wouldn’t consider Natron to be a resource as there is no ready made assets (or clips/images/audio) to be used with Shotcut.

Natron is a tool, like Gimp, Inkscape, Blender, Audacity.

I could see a case for mentioning Natron, Gimp, Krita, Blender, etc on the Resources page as alternatives to commercial programs, and show them as a high-level feature equality matrix.

My logic is that people who are serious about producing a project don’t look at just one piece of software individually. They want to know an entire ecosystem is there to support their project goals. 2D, 3D, compositing, painting, etc, and that the tools play nice with each other.

Suppose a commercial Adobe user wants to dip their toe into the open source world. If all they see is Shotcut as a Premiere alternative from a simple web search, but aren’t aware that the rest of the ecosystem exists, they might pass on Shotcut itself thinking that open source can’t do everything they need (like advanced compositing). They might stick with Adobe because they didn’t know they could do After Effects tasks in Natron. After all, if FOSS can’t produce the entire project, there’s little reason to switch from quality already-owned software to a FOSS alternative with perceived limitations.

We could say the Adobe users need to search for FOSS alternatives better, but consider the number of advanced Shotcut users in this thread that were surprised to learn that Natron existed. If seasoned FOSS users don’t know all the alternatives, it’s extra unlikely Adobe users will take the time to figure it out.

Part of the reason I’ve invested so much in Shotcut is because I’m aware of the other FOSS tools for doing things that Shotcut can’t do. Therefore, a “limitation” in Shotcut doesn’t bother me because I can comp it with a different tool. But the first-time user may not know that without being told, and may get discouraged by simple problems.

I was surprised to see this original post was deleted by its author. That was not my intention. I decided that for now I can decide what I allow and disallow in the forum on a case-by-case basis with respect to mentioning or promoting other software. And I have nothing against Natron. Do you want me to restore it?

Hello:
I understand (and it’s a personal opinion) that the original publication and its intention was to provide information about complementary tools to Shotcut.
For me, they are two software (Shotcut and Natron) that have, for the most part, different user niche.
Shotcut is so easy to learn and use and above all to teach others that, in my case, it was the choice over other video editing software.

This week, I will start giving my wife lessons about Shotcut (free of charge of course😅 ).
My wife hates the computer, but she is a kindergarten teacher and has to recycle her knowledge and reset her mind to prepare for distance learning.
A few months ago, she took a government course in distance education tools and resources. In the video editing section the video editing software was Kdenlive (basically this is because in the Linux distribution that they use in schools, it comes installed by default)
When my wife saw Kdenlive’s interface on her laptop she became allergic

.
She told me it was overwhelming and although I customized the entire interface to simplify it (so she could do the tasks imposed on her in that course) she was reluctant to use software that was so difficult for her.
When she finished the tasks in that course module, I showed her Shotcut and she was immediately open to learning.
We even sent the course organizers information about Shotcut and they were pleasantly surprised at how practical Shotcut is for use in schools.
My son also abandoned (as I did at the time) a commercial video editing software (prosumer) for Shotcut.
For his Youtube Channel, he is very pleased with the performance of Shotcut for his needs.
They (my wife and son) don’t need Natron for what they want to edit. In my case, I am very curious, I like to learn new things, however, I also recognize when something needs a lot of learning time, I appreciate if I will amortize that time in some practical way.
Natron falls into that category of not amortizing (in terms of time) for me.

From my point of view, learning from @musicalbox that Natron can create pretty cool text animations quite easily was very useful, and the demo was great. Anyway the opening post was Shotcut related in that it mentioned the image sequence feature.

Plus I’ve always admired @shotcut’s openness and acceptance of posters mentioning other software, even when Shotcut is being compared directly. The only thing I would change is the title as Dan pointed out - “Shotcut’s best friend” is ambiguous. So I would like to see the thread re-instated.

Change the title to be more precise and all is good