The No-Diet Diet and Dancing Chimpanzees - Versus World

Decided to try something a little different for a while. As always, made with Shotcut!

I see and hear heavy use of stock media. What are your sources?

Yes, I guess with a special programmed HTML in ‘Text: HTML’-Filter.

Used Storyblocks for most of it, and a few selections from Shutterstock as well.

Music was from the YouTube Audio Library to make sure there would be no copyright issues.

@Ewan360, looks really good. As @KKnBB also wanted to know, were the text effects done with Storyblocks ? And how did you create the voice-overs? Thanks!

Voice overs were using Google’s WaveNet service (Text to speech) and then edited in with Shotcut as well. So I generally was running around with at least two video and two audio tracks, and opening an additional one of each from time to time as needed. Let’s just say that I got real comfortable with making sure I locked all the tracks I wasn’t working with at any particular moment.

Thanks for this useful information.

I suspect most (if not all) could be done natively

I reckon I could produce a similar animated text effect to yours using text:html - this one, for example: 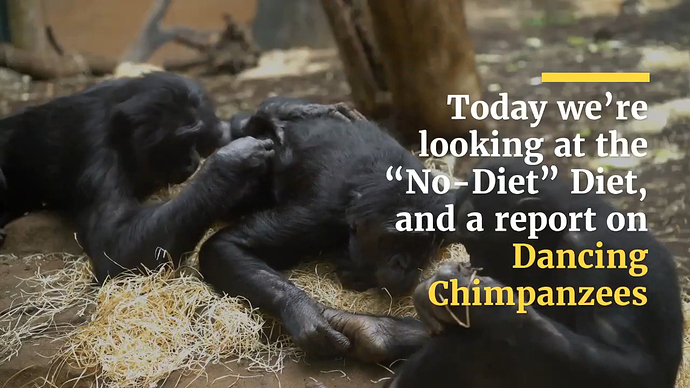 One thing I learned from your video - really fast transitions work well! (eg the first 4 in the opening 13 seconds). Good work @Ewan360

Hi @Ewan360 - success! I made a short animated text sequence trying to replicate the Chimpanzee effect in your video. It’s not supposed to copy it exactly - and I added a snazzy ending where the text flies upwards…

PS Got fed up with Streamable today (just saw black screens) so I made a new Youtube channel for short Shotcut demos for future examples etc.

I certainly would be happy to see you post your example of the script you created to do that! I’ve gone with bold font (which I assume this would also support) just to make it easier to read the text, but agree this looks close enough I could do it all in Shotcut for only a short time investment. Thanks!

I’m holding back on posting the HTML files while I do a bit of tweaking and experimenting with them. Watch this space though, I’ll post them asap!

Interesting video! I use Lisa (enhanced) from IBM for voice, which is free online, and further edit it in Audacity. It’s a great computer voice. I just uploaded a video as an example.Google Earth is a really great resource for overhead shots as well. My current project is filming the historic district in my city. Bradford Block: https://youtu.be/ur9A7V_a9aw.

@jonray This looks great! I would really appreciate if you shared the code (either now or when it’s tweaked). Good work!

Hi @stgtravels, I’ve uploaded the HTML file but I started a new thread so as not to hijack this one

I watched @ewan360’s video about Chimpanzees (and Dieting) in this thread Chimpanzees and the No-Diet Diet … … and I liked the text animations. @ewan360 created them with After Effects. So I thought I’d try to create a similar effect using a HTML file and applying it to a clip in Shotcut. I’ve called it the “WordFlash” text effect. I thought folks here would like to see the HTML file I made, but instead of just posting the file I spent some time annotating the file and also producing a PD…