I’ve been having an issue (specifically with video files recorded with OBS Studio that have little to no motion in the video), where these video files seem to become blurry or of less quality when they are imported into Shotcut. Initially I thought it was an exporting issue, but after trying several settings including lossless compression, I noticed the quality dip when I zoomed in on footage in my actual timeline.

This happens exclusively when importing software tutorial footage where there is minimal color shift or motion in the video, never with footage from my phone or from my mirrorless camera. The source quality from OBS studio is much clearer than when it is imported into Shotcut.

I have checked for the following potential issues:

Please see the attached image of my OBS recording settings in case there is potential conflict with Shotcut, as well as a sample frame of the source footage compared to the viewfinder in Shotcut.

I have been able to rectify the problem by applying a sharpness filter, but would like to know if there is a default setting or something I am not considering to cause this in the first place. I also noticed that even with 80Mbit/s source footage and being exported at 80 or 120Mbit/s bit rate, the video exported at 8.8 Mbit/s despite setting the export to constant bit rate. Applying the sharpness filter rectified the bit rate issue as well.

Thank you for any feedback/advice.

EDIT: I also noticed playing with the exposure using the color grading filter seems to help match the source file. I tried changing the color range in properties which gave a similar effect but it would be weird for OBS recorded footage to be broadcast limited and not Shotcut’s assumed JPEG. 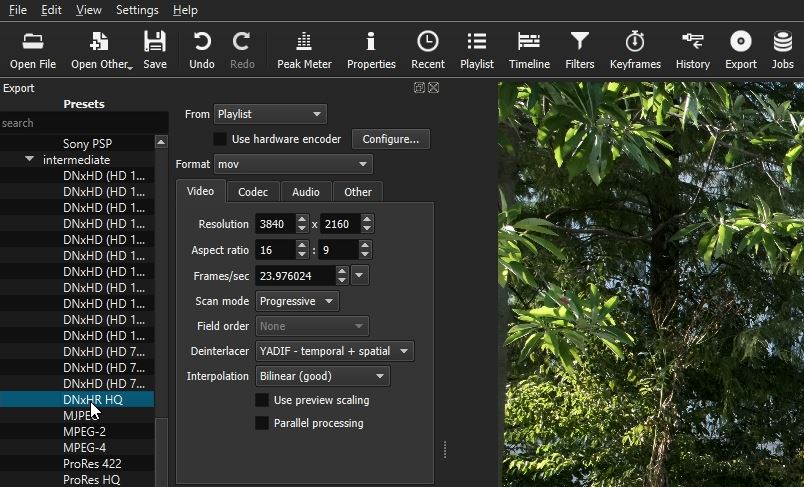 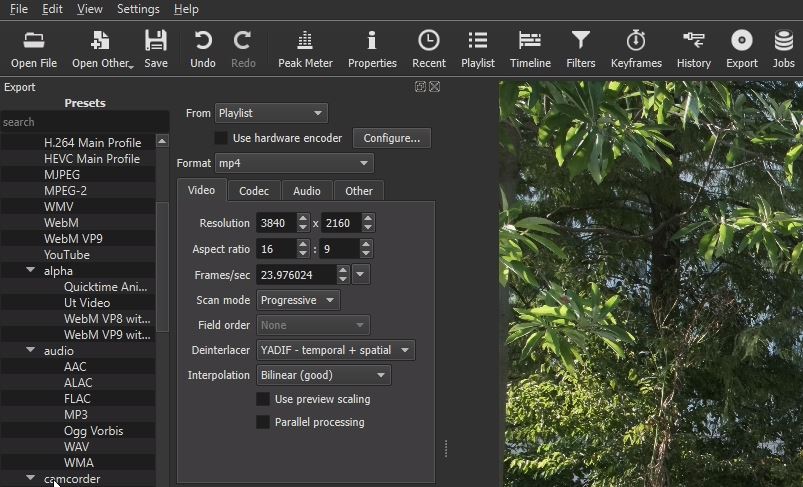 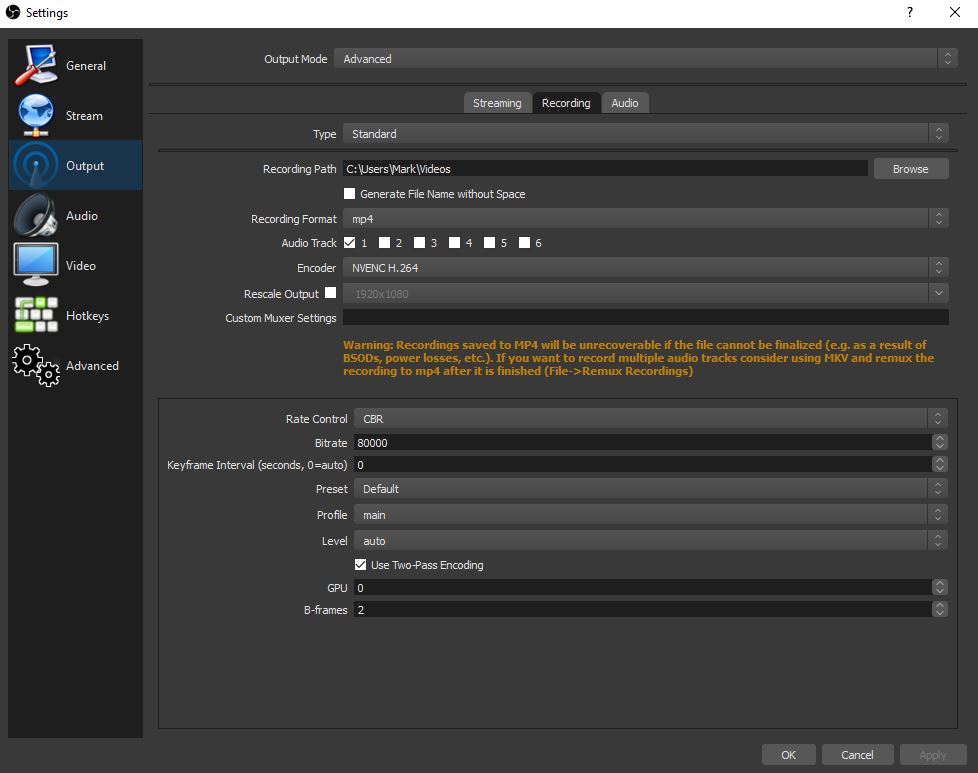 Thanks I did try sharpening the video. Just not sure why it blurred during import in the first place. It may be an exposure issue as well though.

In the OBS Studio settings screenshot, the capture resolution appears to be 1920x1080. But the export resolution in Shotcut is 3840x2160. This means the OBS video will be scaled up to 2160p using bilinear interpolation (which is a low-quality scaler) then scaled back down to your preview screen resolution. A lot of sharpness will be lost right there. If upscaling is required, use Lanczos interpolation. If the project resolution is actually 1080p, then the export should be 1080p as well, or use Lanczos to get to 2160p (but still expect some blurriness).

Thank you! Very good tip. I tried exporting in 1080P as well, tried a few different exports but my export resolution or interpolation selection wouldn’t affect the playblack sharpness in Shotcut would it?

Thank you this was extremely helpful.