Hi, I need to move images larger than the camera view.
When the background is in the furthest position, the overlapping object is on the other side, away from the camera.
But I need to visually set the position.
So it’s two zoom / pan effects on two tracks.
I am currently unable to set keyframes and positions correctly.
I’m no video editing expert, but it seems that Shotcut lacks a view into which to see the large space the individual tracks are in.
Thanks for any suggestion.

Are you talking of some sort of 3D view?

Afaik SC doesn’t have any 3D support yet or ‘camera views’ like they are implemented in other programs. 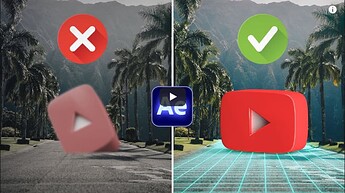 It would definitely be a nice to have. 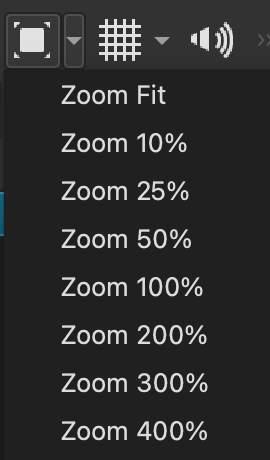 Already tried. This is a viewport of 25% for a zoomed-out image over a zoomed-in image. 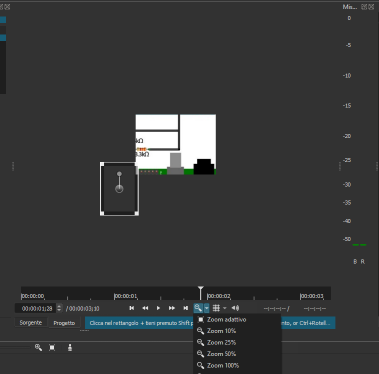 I can move the zoomed-out image but the zoomed-in image is cropped to video size.

But now I’m thinking that I can create a video of maximum size then crop it in a second project or using a tool like avidemux.

Thanks,
this video Making 2D Side Scrolling Parallax Backgrounds | Blender 2.9 show what I’m try to achive.
In my case, nothing moves except the camera alone. But even if I hold the camera still and move the elements, I struggle to position the foreground elements not having an enlarged view.
For this I thought of making a video as large as the largest of the background images. Then I’ll position and move the foreground elements. Finally I will take the rendered video and perform the cutout corresponding to the central position of the camera.
I haven’t had a chance to try this solution yet but it should work.

I know how to make those, in After-Effects.

It’s one of those things that should be really easy to do in SC but unfortunately it might be clunky.

What you need to do [assuming 1080p] is to make a graphic in your-fav-graphics-program that is about 6-8k px wide and 1024px for each layer.

Then in Shotcut, use the position filter to move that image-layer left or right depending on which way you want it to move.

Then after one full movement, have it start again. No idea how to achieve that in Shotcut.

I haven’t tried doing it. Hope that helps.

@Stefano_Zaglio ,
OK thank you. I wanted to make sure I understood exactly what you wanted, and that explains it clearly. Can you zip your images and video together and upload them here, then someone (including myself) can have a go at creating something similar to what you are after.

Can you zip your images and video together and upload them here, then someone (including myself) can have a go at creating something similar to what you are after

what I’m try to achive.

@Stefano_Zaglio , you provided an interesting challenge. This is the track layout.

Very good. It is well put together.

Something similar to this technique? This is very close to what I want to do. But as in the Sauron example there is a difference.
In fact, “parallax scrolling” is not appropriate as a reference.
Or rather it would be from the point of view of the video game programmer but not of a video maker.

In both examples, the background is moving. The objects on the surface remain stationary. Due to the effect of the result it seems the opposite.
In my case the background and objects are still. It is the camera that moves.
In reality then both the background and the objects will undergo a dolly zoom and slight rotation animation, exactly like Bentacular did.

But since there is no function of camera movement or overview, as I will explain at the end, the relative displacement of objects starting from out of view is a delusion.
So combining movements of objects that are not seen, one that goes in the opposite direction to the other (even if in fact they rest on a fixed point) and in addition to apply dolly zoom and a little tilt is certainly feasible by reasoning on paper and imputing numerically.
At this point, however, it is better to do as I thought.
I do a 4000x2000 project where everything is visible. I generate it and then do a second project where I reposition everything as if I were moving the camera frame.
I’m sorry I haven’t had time yet to prove my theory. I am an amateur.

Perhaps the developers could put an option in the preview zoom that disables cropping to the size of the video and enlarges it to the size of the preview view. This way you would see everything as a whole and could visually position the foreground images with the mouse. If they then enabled the zoom with CTRL + mouse wheel, we would have the function that Enve has. Enve is a vector animation program but of which I only used the timeline for this problem with Shotcut.
Sorry for the length of the message.
Tnx
s.

This basically impossible without a near complete rewrite.