Since development on performance improvements is going to take a while, I think that in it’d be a good idea for brand new users that download Shotcut for the first time to have Shotcut come out the box with Preview Scaling on at 540p. Most new users do not take the time to investigate what a program is about before using it. They just expect to plug and play. And since 4K videos are much more commonplace nowadays I think that having Preview Scaling for new users at 540p would avoid a lot of those lag issues that will come to them for sure when editing videos at 4K and even 1080p. It would also help introduce the feature of Preview Scaling right away to new users.

Performance is best at 360p Preview Scaling but the drop in video quality is noticeable whereas with 540p Preview Scaling I think is far less noticeable and the performance at 540p is better than at 720p. So it’s sort of a sweet spot. The only hesitation I had in suggesting this is that I wondered if there were still any compatibility issues with any of the filters. The only one I know of that is still a problem is with Blur: Gaussian & Exponential that I reported on here:

If that’s the only issue that still exists with Preview Scaling then I highly suggest doing this for brand new users.

@shotcut, any thoughts on this?

Not until image scaling performance is improved.

I think it’s a good idea. But if Shotcut comes out of the box with Preview Scaling ON, I suggest it also comes with a warning box popping up right before Install finishes, or on the first launch. Something like this maybe: 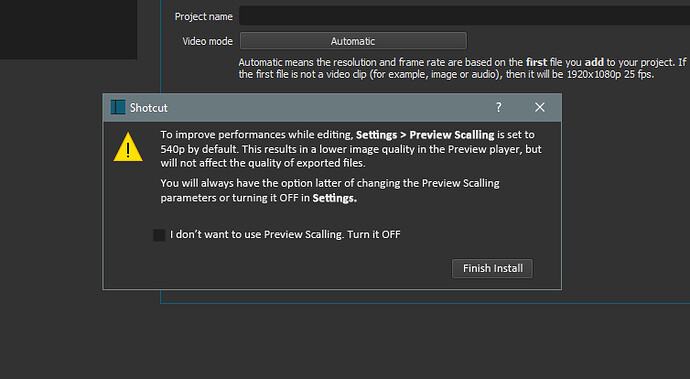 We all know that if Preview scaling is ON by default on install (even at 540p), many users who don’t know about the tool will posts here on the forum asking why the image quality is lower than it should in Shotcut.

@MusicalBox, did you use GIMP to make that graphic? 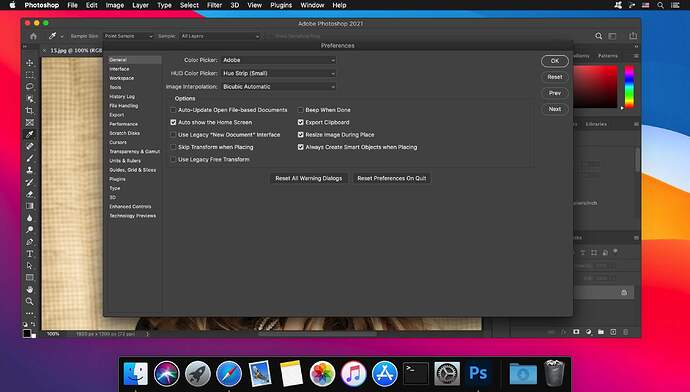 1603470796_adobe-photoshop-2021_033012×1714 189 KB
in my laptop but I use shotcut in my windows PC because I can customize ram easily in windows CPU myself and shotcut crashed after my hard work of 3hours while exporting😥in laptop, shotcut is best for CPU operated computers.