For reference, I used PremierePro for years, and am trying to switch to cross platform solutions.

I tried KdenLive and it burned me twice yesterday. The first time it rendered the video in a blurry resolution since file info is not the default. The second time, even after setting the project settings to QHD, the render was now 1080p instead of QHD. Ridiculous imo. I had only found out after I uploaded the video and I also found out that the color grading I had done made the video look too dark!

I’m not expecting any resolution, will try out how Premiere Pro does color grading. 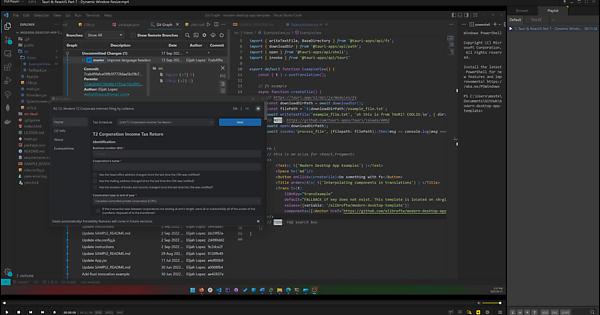 This bug report is invalid since you did not provide the info requested in the bug post template like operating system and version, and by “color grading” I assume you mean the filter with that exact same name. However, the parameters you provided do not match.

I’ve updated the post with the OS and version and clarified the filters used.

I did not reproduce this also using the same version on Windows. I used your ungraded source image from imgur. I am always using the Shotcut player for evaluating all results. I refuse to install PotPlayer, and unfortunately different players can give different results. I am using Shotcut’s Color layout to include scopes to make the comparison extremely clear. 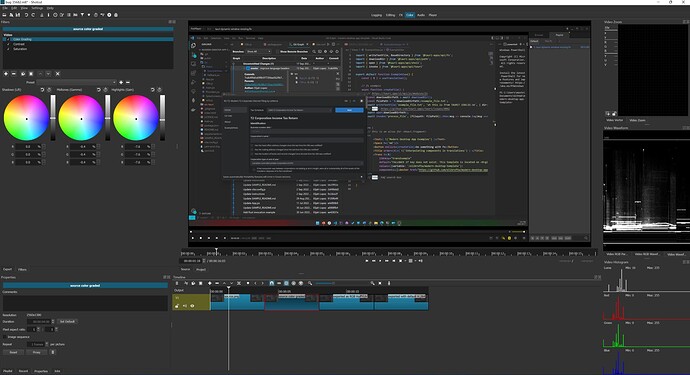 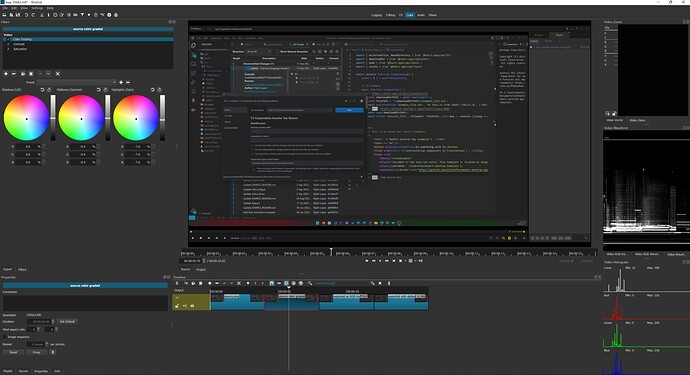 Viewing the graded image exported with least amount of compression and encoding degradation - lossless HuffYUV in RGB format (since my source image is RGB): 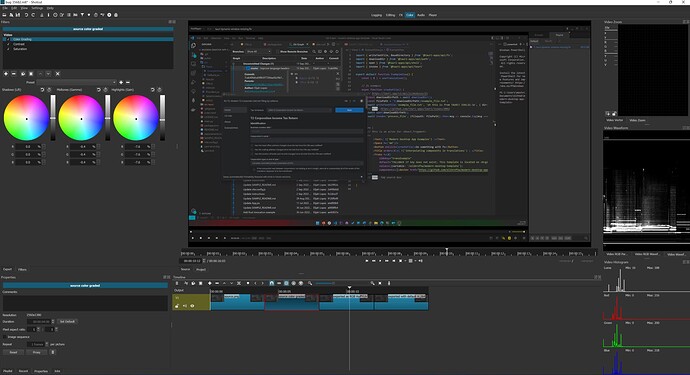 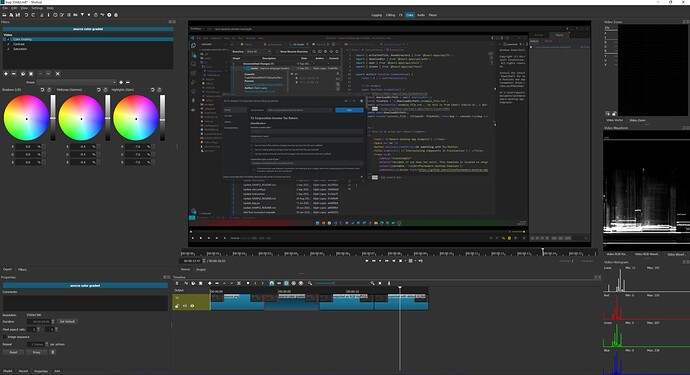 The images you showed kind of looks like your export did not apply the filters.