Export "Each Playlist Item" Even If Only One

Having recently discovered “Export: Each Playlist Item”, it has dramatically streamlined my standard project workflow.

Kudos to the developers.

There is just one snag.

My workflow now is to convert my MTS files to Edit Friendly MP4; converting the filenames as well in this step.
(I record with three identical cameras, “Left”, “Main”, “Right”, a.k.a. “L”, “M”, “L”. The raw videos are merely numbered by the cameras, and the numbers frequently overlap between them.)

So I bring in the raw files for a project in one-camera batches, and Export: Each Playlist Item. 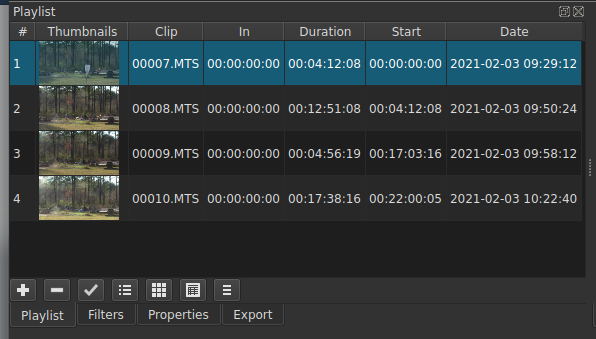 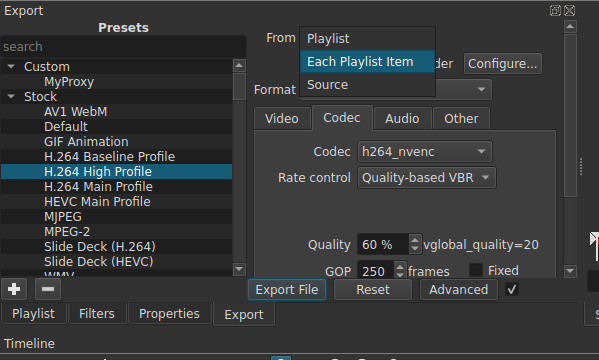 and labeled by camera…

However, the snag to this arises if there is only one file from that camera for that project. 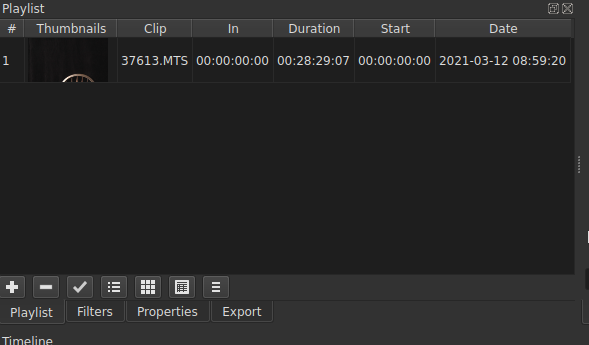 I go to Export…

Where is my “Each…” choice?

Now this would be sensible, if the dialog and menus were the same regardless; in that case, “Playlist” and “Each Playlist Item” would be synonyms.

But…
The dialog and menus are NOT the same.

And so I get this… 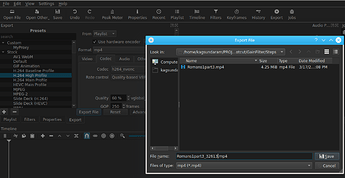 “But you DO have the rename ability” someone says.

If this were a big change, I would not ask it of the developers, but as a computer engineer myself, I suspect that it only means the deletion of a single “if” statement in the code.

Please leave “Each Playlist Item” as an option, even if that means only one item.

This is done for the next release.