At random, my 2nd video track (for Chroma key, etc.) above the 1st one just goes below the first one. I can not see the track that is supposed to be on top because it has suddenly gone behind. This is so frustrating for me as I can not undo it, and I don’t even know what causes it.
This could all be fixed if there was a feature to change the tracks around, but there isn’t. So I’m stuck with it like that, which has happened a lot recently and I’ve had to abandon the project and start again. (WHICH DOESN’T WORK BECAUSE IT JUST HAPPENS AGAIN!)
I’m really frustrated.

Please everybody like this or comment (I forgot how this forum works), I need this to be the no.1 prioty

which has happened a lot recently and I’ve had to abandon the project and start again. (WHICH DOESN’T WORK BECAUSE IT JUST HAPPENS AGAIN!)

This bug is going nowhere if you do not provide the steps. I have never seen it, and this is the first I have heard about it. And, no, adding a feature to reorder tracks is not the fix.

Hi - I’ve just experienced the same bug. As far as I can see, the steps toward it were these:

1/ I had 6 tracks: the top two tracks and the 4th were used for compositing, and the second and third played back the visible video content.

4/ After a while, I noticed that the bottom three tracks had also changed order, placing what was track 4 on the bottom. What had become the bottom two tracks have lost both their compositing button and the lock button to its right. The tracks have also become shorter, and are unaffected by the commands “make tracks shorter” and “make tracks longer”.

5/ It looked to me as if the tracks had been reordered into alphabetical order, so I attempted to correct the order by using the workaround of editing the hml file described elsewhere in these forums, but this had no effect on the order of the tracks.

Further to my last post: here’s a screen shot showing the weird tracks display - the tracks that moved position are also showing green in place of the usual blue plus video thumbnail. 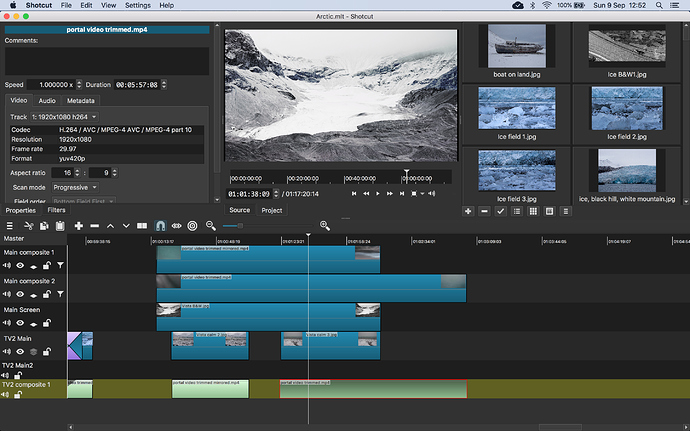 Interesting! They were video tracks originally, and in fact if I select Properties on either of those tracks, Shotcut still treats them as video tracks (i.e. they have a ‘blend mode’, and media placed on those tracks is recognised as video or images).

So is there any way that Shotcut now thinks they’re audio tracks and is treating them that way? Any suggestions for how to tell it that they’re video and not audio?

Also, if I create a new track and copy and paste the individual items from the faulty tracks onto the new track, they behave correctly.

Yes. But my question asked how to tell Shotcut that the track should be a video track, not an audio track. The point is that Shotcut seems to have arbitrarily decided, after several hours of editing, that these are audio tracks, when they’re not and never were.

It appears your top two tracks have a filter applied to each track. What filter or filters are you using on the whole track?

Did you ever make a backup copy of the mlt save file?

That’s right - they both have opacity filters set at around 30%.

Re. backups - I have autosaves, but not a copy of the older file. I’ve started saving new files every few edits now, however!

Thanks for the replies, tho.

Further to this bug report: if I create new tracks and copy over all the events from the corrupted tracks, they operate normally for a while. Eventually, one or more becomes corrupted again (looks like an audio track and stops operating correctly).

It looks like this bug involves Shotcut changing the type of track from video to audio for some reason: the display indicates this, since the tracks turn green and drop to the bottom of the track list in the timeline, but the contents of the track are undamaged (they can be safely copied and pasted to a new track). Does anyone know where the track type definition is stored in the .mlt file and how to edit it to change the tracks back to video tracks?

This is a bug that was fixed for v18.09 due in a day or two for now. If you attach your .mlt project file, I will fix it for you. 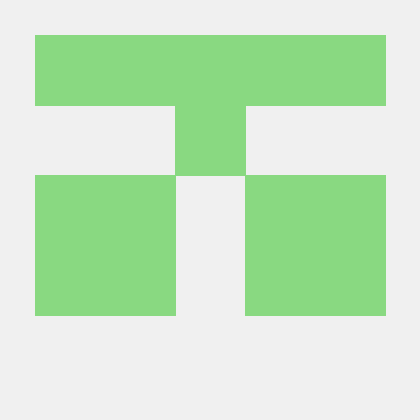 Oh, that’s great news! Here’s the mlt file - thanks for the offer of a fix. It’s much appreciated.

I’m using the latest version 22.18.2 (not certain here) and I’m experiencing the same issue, it sucks and i haven’t found a solution in all the replies here.