Playlist Sort Is Not Working Right

Sort by Name seems to be stuck where it treats upper and lower case as separate words. That seems a bit unusual and not sure this is on purpose. If it is why not make a toggle for for that.

Also clicking on the column label bar does not affect the sort order like it would in most apps. It does nothing. I think it would be good for the UX if this were to function the way it does in most other places. The less a user has to struggle with the app interface the more they can spend time doing the actual work. 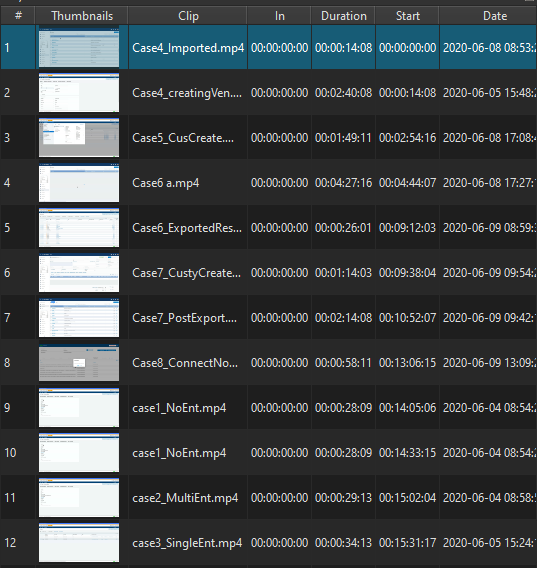 Sort by Name seems to be stuck where it treats upper and lower case as separate words.

This is case sensitive sorting. Some people will expect it. Just because you did not expect it does not make it a bug.

Also clicking on the column label bar does not affect the sort order like it would in most apps. It does nothing.

This is by design. It is a playlist; not a folder. Folders or bins are not yet implemented.

Ok. Hope that did not offend anyone. Just wasn’t sure. Its just that I’ve used quite a lot of apps and honestly this is the first time I’ve seen case sensitive column sorting. I could see it being useful in certain situations.

Also column sorting seems like a pretty universal thing within apps I’ve used, not just folders (I actually never us it in folders). Since its not a bug I guess this would be a feature suggestion.

This app is pretty awesome for being free and I’d like to see it improve. That’s why I say something so there is a chance it might get considered or fixed, rather than stay silent and it never gets attention.

I converted this into a suggestion to offer case-insensitive as an option in the sort submenu.